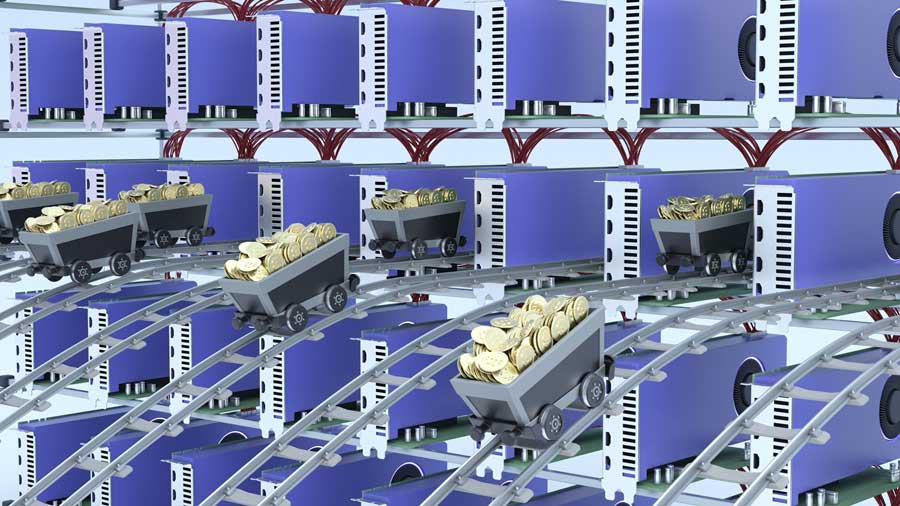 Digital Currency (DC) is essentially electronic money. It’s not available as bills or coins. Cryptocurrency is a type of DC created using computer algorithms with the most popular being bitcoin.

No single organization, such as a central bank, creates DC. DC is based on a decentralized, peer-to-peer network. The “peers” in this network are the people that take part in DC transactions, and their computers make up the network.

DC can be used to buy goods and services, whether in store or online. DC may also be bought and sold on open exchanges (similar to a stock market).

DC is often created through a complex process known as “mining” and then monitored by a global network of computers. About 3,600 new bitcoins are created each day, with about 16.5 million now in circulation. Like all currencies, its value is determined by how much people are willing to buy and sell it for.

Gains or losses from selling or buying DCs must be reported on one’s tax return. These may be on account of capital (taxed at half rates) or ordinary income (full rate) depending on the context. It is not clear whether purchases and sales of bitcoins and other DC are subject to GST/HST.

There are no special tax rules directed specifically towards DC. Like any property, where DC is acquired with the primary intention of selling it for a profit, any gains would be on an account of income, rather than capital. Where property is acquired for some other purpose, such as generating ongoing income (like a rental property), the gain or loss on disposition is likely on account of capital.

When evaluating a taxpayer’s intention, CRA will generally consider factors such as: frequency of transactions; period of ownership; knowledge of industry; time spent on the activities; financing; and the nature and quantity of the property held.

It is also important to note that some DC do not produce income (generating neither dividends like a share, nor interest like a loan). With no plausible purpose other than resale, it becomes easier for CRA to take the position that the DC must have been purchased with the intention of selling it at a profit and therefore any gain or loss on disposition is on account of income. This may override the other factors noted above.

CRA considers DC to be a commodity rather than a currency and, therefore, transactions involving DC are considered barter transactions. This means that the sale price to be recorded in income would be determined as the FMV of the goods or services provided. If that FMV is less readily available than the FMV of the DC, the value of the DC would be used to determine the sale price.

Also, being a commodity means that these assets are not eligible to be directly held in tax preferred registered accounts (e.g. RRSPs, TFSAs, RRIFs, etc.).

The IRS has been successful in issuing an Order compelling one of the world’s largest bitcoin virtual currency exchanges, Coinbase, to disclose certain transaction and user information for the 2013-2015 period. It is very possible that the CRA may obtain such types of information as well.

Subsidized Meals: Are They a Taxable Benefit?